Lily and I at Knotfest 2021. It was their first concert! 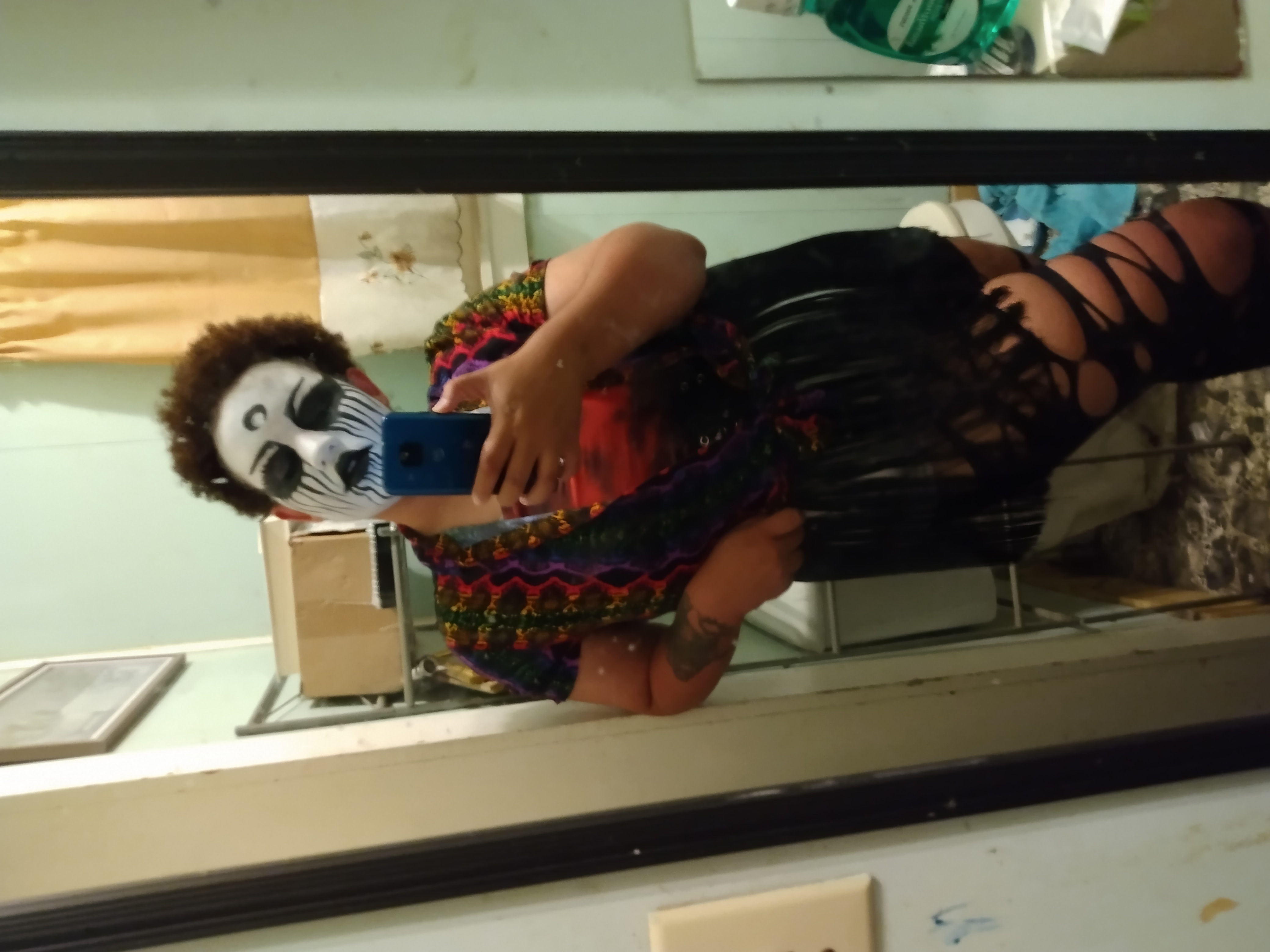 This is me playing Pokemon yellow at Gen Con! I'm dressed as Sal Fisher. I dressed as Larry the day before 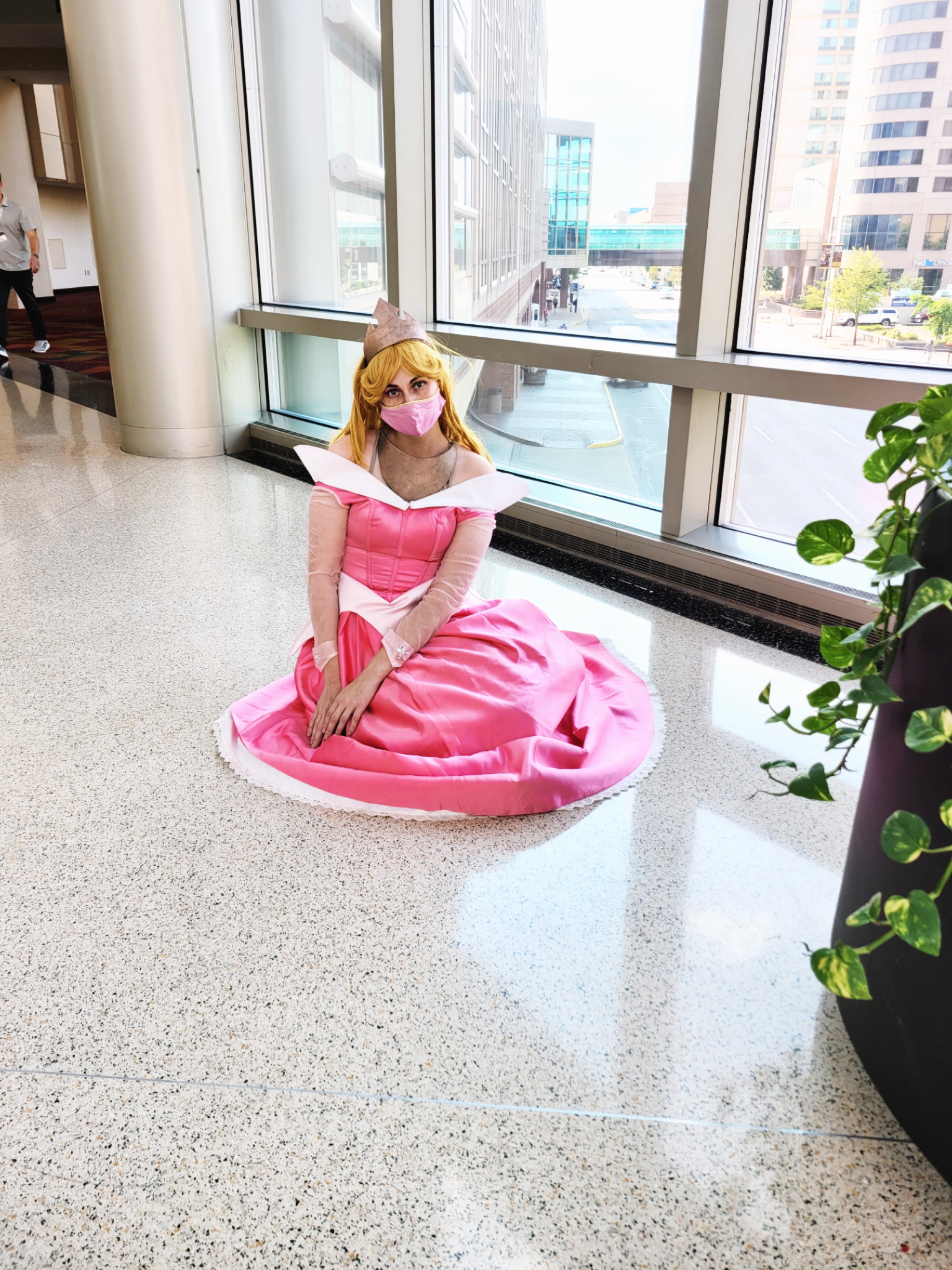 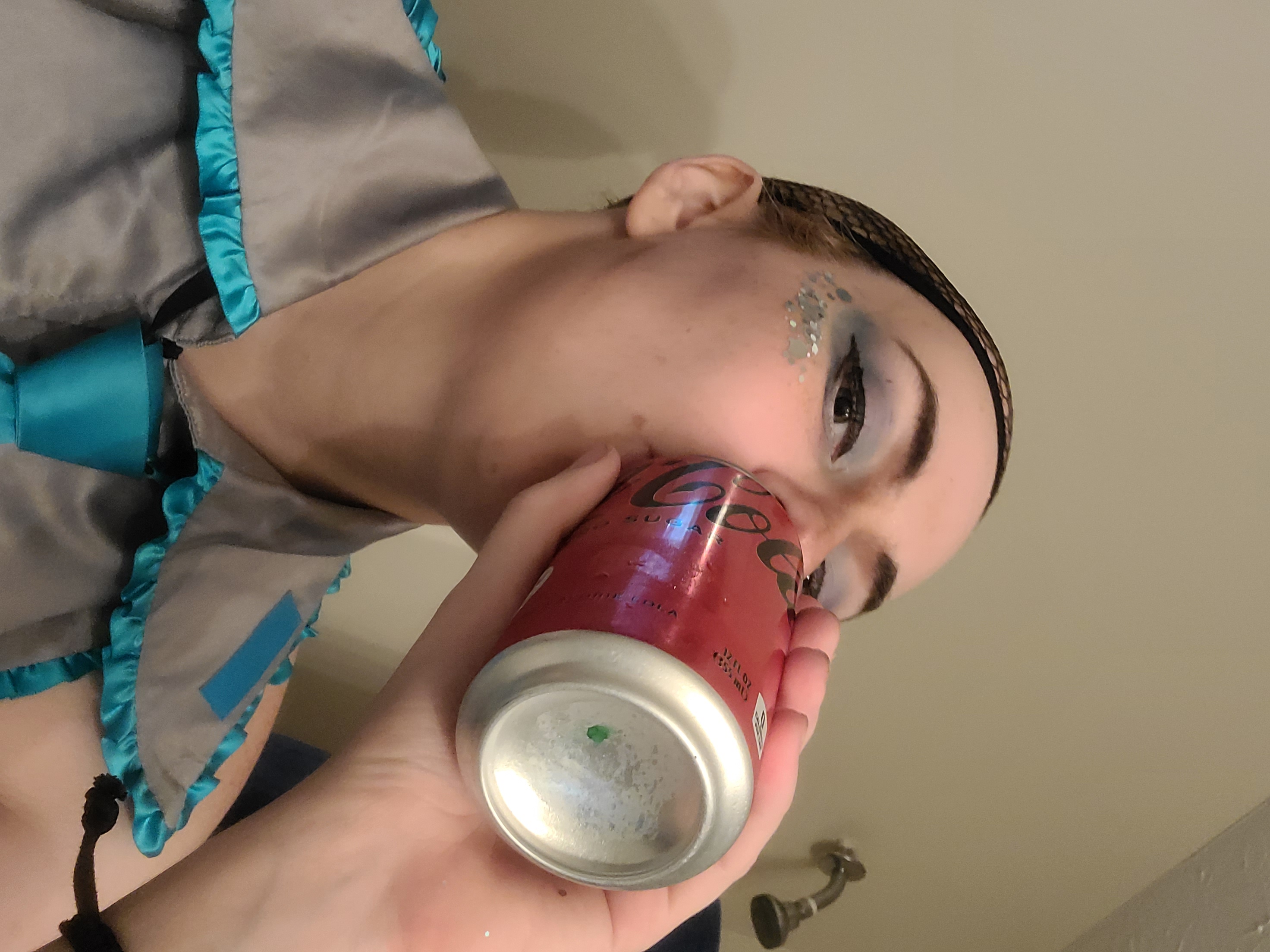 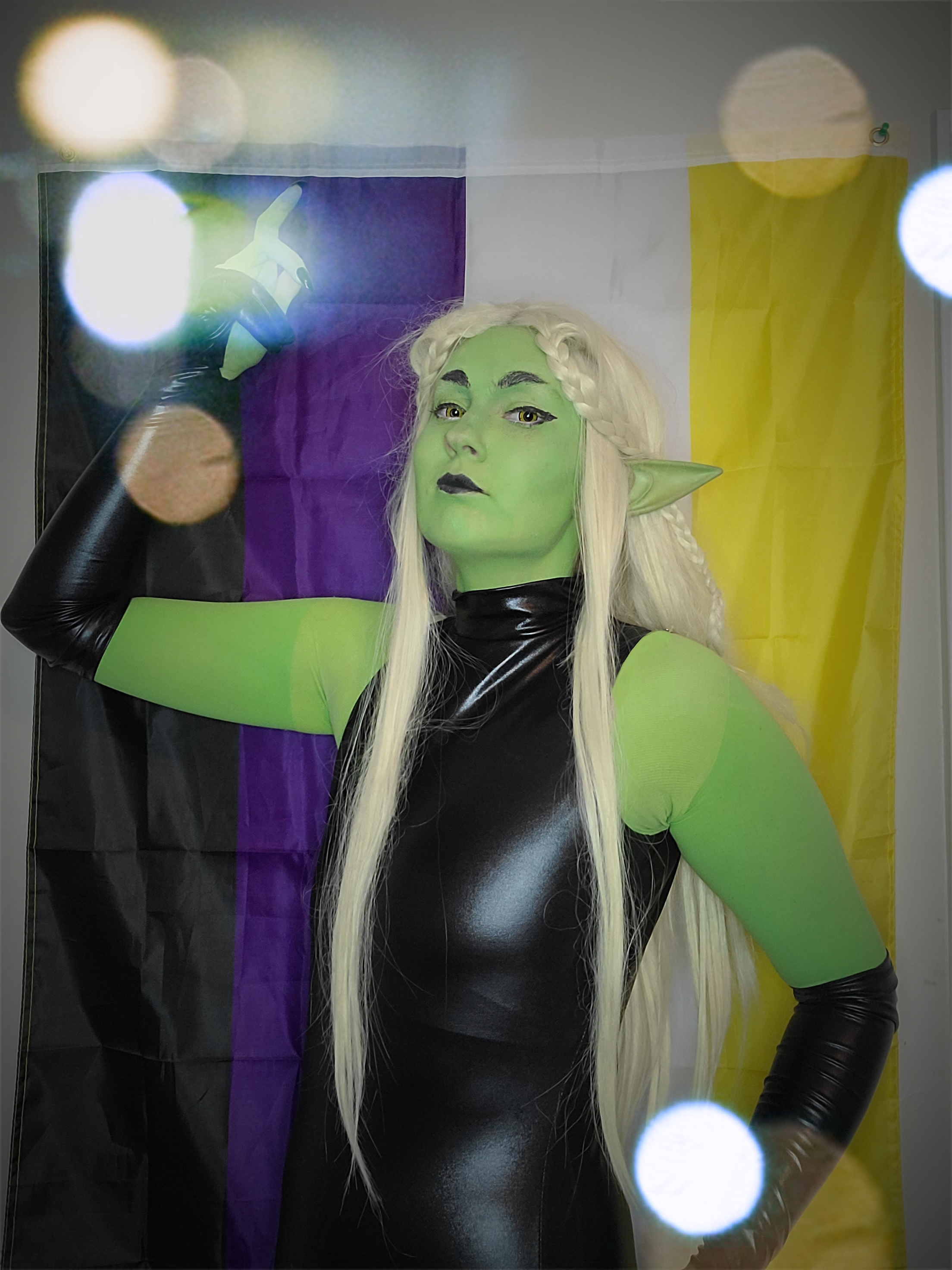 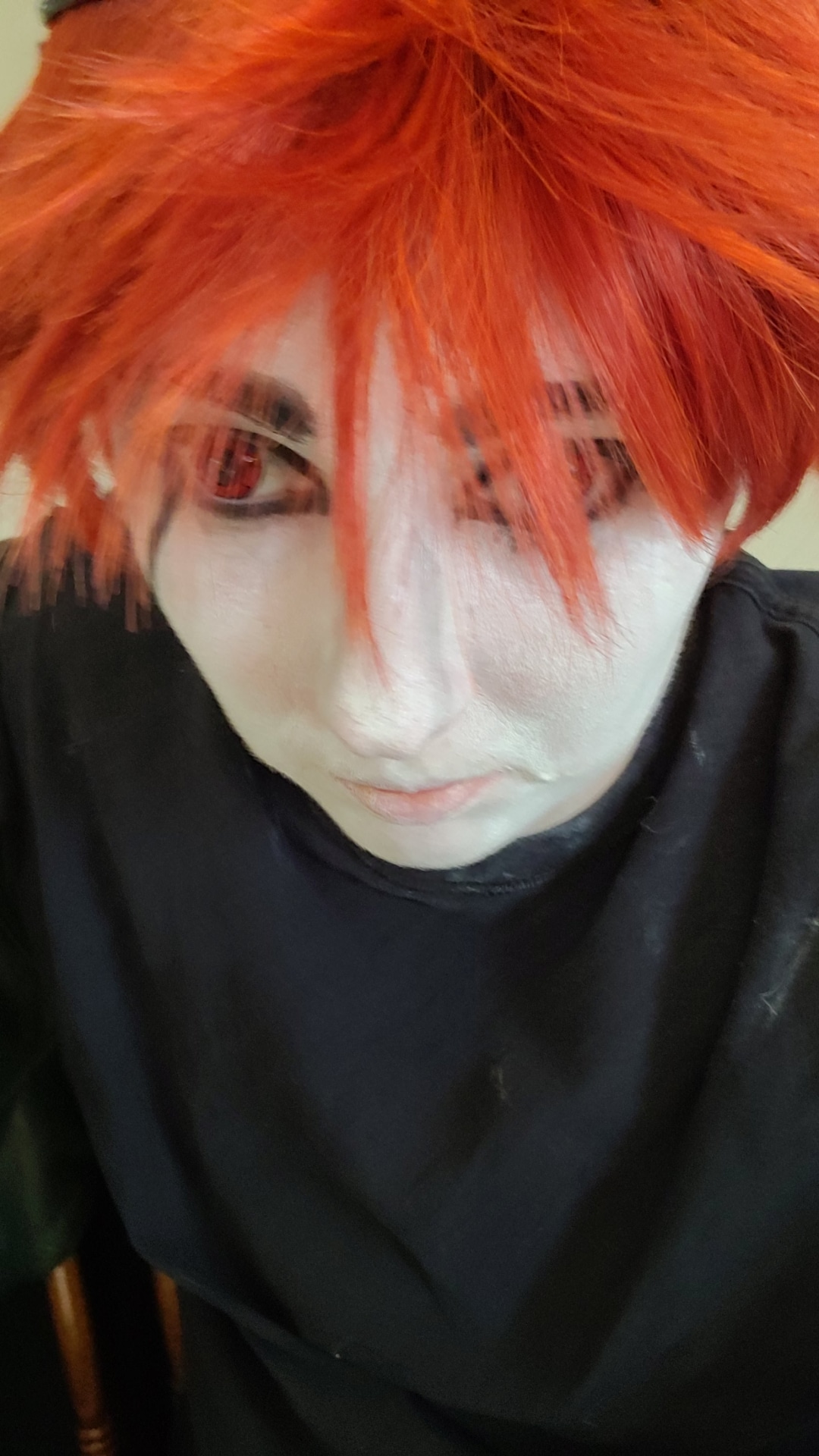 Some of Luke's various cosplays

Halloween 2021! Eli as prison Sal and me as normal Sal. Here's Eli's webpage if you're curious

Long time no upload. Haven't really had any photos the other members of the site wanted uploaded so this page was pretty neglected. Rafi is no longer in the community and Eli and I are no longer in contact if that's any frame of reference for how long it's been. We've got some catching up to do so I'll start.

I went to the Indiana State Fair with my family and there was this big Odie there. I didn't ride any rides since I'd just gotten out of the hospital (they don't know what's wrong with me still) and didn't want to chance throwing up again, especially since previously there was blood.

Speaking of hospital, here's me in bed at the hospital, doing my damndest to be the edgiest person there. I'd like to think I succeeded.

Started a new battle vest while I was sick, too. Well, started before but put more work into it while I was stuck in bed. I stencil painted all of the logos so that was something I could do from my bed. Had to miss a trip, unfortunately, but that's just what happens when you start vomitting blood and can't leave your bed for a few days other than to go to the hospital for 2 emergency procedures and both turn out to not be the cause so they put you on morphine then realise they aren't going to be preforming a surgery and leave you on a morphine drip without telling the person that drove you so you're high out of your mind in a hospital alone at 2 am watching Friends because it was the only thing on that looked mildly interesting and hating Ross more and more with each line he had.

Luke's lovely kitty, Bandit. She's got a cleft lip and some breathing issues but its hard to notice with how sweet she is. She loves licking our hair when she gets the chance, oddly enough. She's also good friends with Luke's nephew.

Luke and I visiting the Scooby Doo exhibit at the children's museum. This was the Mystery Machine used in the 2002 movie, Scooby Doo (the one with Mathew Lillard as Shaggy)

In order: Zach (Luke's friend), Luke, and Sue (our mutual friend and former coworker/manager) sitting outside after a Silent Planet concert in Indy. I got bodied in the pit so I'm glad I gave Luke my cellular and my ring before I went to mosh. Luke's wearing a shirt that says "time for a little anarchy" and was having people sign it. After getting home from the concert, I came down with a horrible cold from Luke so I really hope the mask helped keep the other concert goers from catching anything. It's not visible in the photo but I lent Luke a spiked rainbow bracelet for the concert since he doesn't have a ton of punk stuff and he's pretty openly gay. He also had me walk him to the car to grab something because he said I'm scary enough people won't try to attack him with me around which was a big confidence boost for me.